The Architectural Marvels of Hampi - A Complete Travel Guide 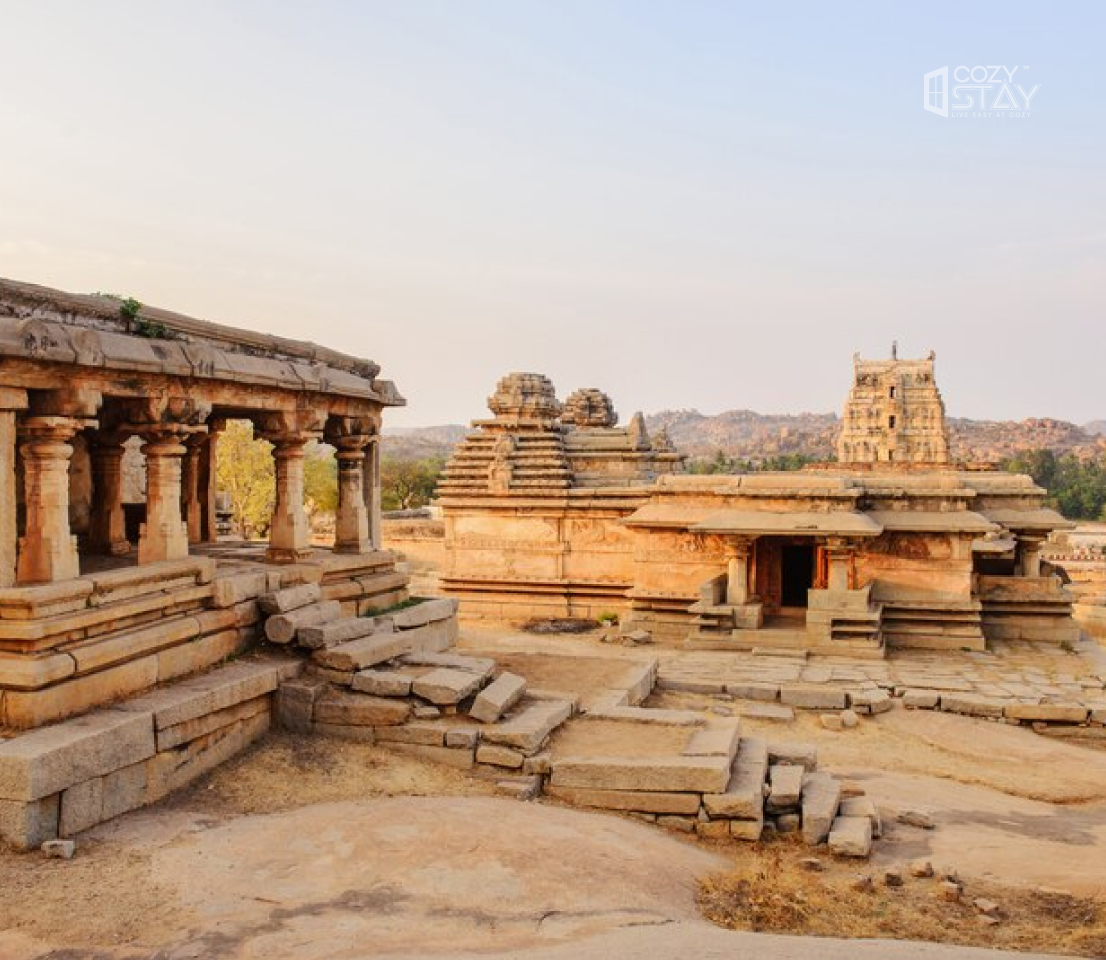 If you have a love for history, architecture and exploring, then here is a place that you can write down on your bucket list. Hampi. A city that is bound with the marvellous past of the old empire and a place standing in pride of the alluring landscape.

Located in Karnataka, this mythological city is one of the ultimate weekend destinations from Bangalore and Hyderabad as they are within 400 km of Hampi. Being a UNESCO World Heritage site, Hampi is home to dozens of old, dull and decaying architectural structures.

According to the 2014 statistics, Hampi is considered to be the most searched place in Karnataka online and every year thousands of people from all over the world visit Hampi for its beautiful monuments and historical architecture that hides the story of thousands of years old. So it is no surprise that Hampi is filled with swamps of people, every time of the year.

If you are a mallu then you have probably seen the Malayalam movie Anandam, where they clearly depict the beauty and a few of the ancient monuments in Hampi. If all of these make you feel like visiting this magnificent place then let us get you started. Here is a brief history and nine amazing places you must visit on Hampi.

The Story of the Lost Kingdom - Vijayanagara

Hampi is a place made of tales, both the historical past and the mythological stories. Hampi is known as the Kshetra of Pampa and Kishkinda. Pampa was the daughter of Lord Brahma. Being a fierce devotee of Lord Shiva, she prayed to him day and night. Pleased with her devotion, Lord Shiva wanted to grant her a wish. However, her wish was to marry lord shiva. And at last, the lord shiva gives in to pampas demand, but before marrying her, the lord did penance at the Hemakuta Hills as he was already married to Parvati. And then it rained gold on the hill, giving it the name (Hema means gold in Sanskrit). Hampi got the name Kishkinda kshetra, as the Vanara Kingdom of Kishkinda, from the Ramayana was here. It was believed that Lord Hanuman, the faithful devotee, was born on the Anjaneya Hill in Hampi.

The legend goes that two local chieftains, Hakka and Bukka, were on a hunting journey when they came across an extraordinary sight. It was typical to see a hound chasing a hare. The hare, however, grew all-powerful and began chasing the hound. Hakka and Bukka informed their guru (teacher) Vidyaranya about the bizarre incident. The Guru foresaw the location as being remarkable and instructed his disciples to relocate their local capital there.

As a result, one of the most prosperous and beautiful kingdoms arose. The Sangama dynasty, the first rulers of Vijaynagar, the City of Victory, was founded in 1323 when the two brothers built the foundations of the Sangama dynasty. Four dynasties ruled over Hampi for about 200 years, making the Vijaynagar empire one of the richest and most famous empires in the world. Hampi was also one of the most important trading centres of the time, and the markets of Hampi were always bustling with traders and merchants from all over the world.

During the reign of Krishna Deva Raya of the Tuluva dynasty, who ruled from 1509 to 1529, Hampi reached its apex. Under the progressive and worldwide trading procedures of the time, Hampi soared to new heights. Art and architecture flourished as well, with great temples sprouting up all around the city.

But Hampi's glory days did not last long. In 1565, the Deccan Sultans launched a violent campaign on the empire, and Hampi was one of the targets. For nearly six months, the Deccan Sultans robbed and ravaged the city, leaving nothing but devastation in their wake. The temples were vandalised, and the markets were stolen; the mighty empire was eventually destroyed.

After the great onslaught, the empire was controlled by various rulers, but it was never able to reclaim its former glory. The city progressively lost its strategic importance and faded into obscurity. The city was abandoned and became a ghost town.

Located on the southern banks of the Tungabhadra River, Virupaksha Temple is one of the prominent structures from Hampi history. Standing pride in 160 feet, the grand structure of the temple sprawls across 350 km, home to dozens of smaller shrines, pillared halls and gateways. Dedicated to lord shiva, the temple was built during the time of King Deva Raya II, with the assistance of Lakkana Dandesha. Being the true signature of ancient engineering and architectural marvels, you can see the working of one of the first pinhole cameras here.